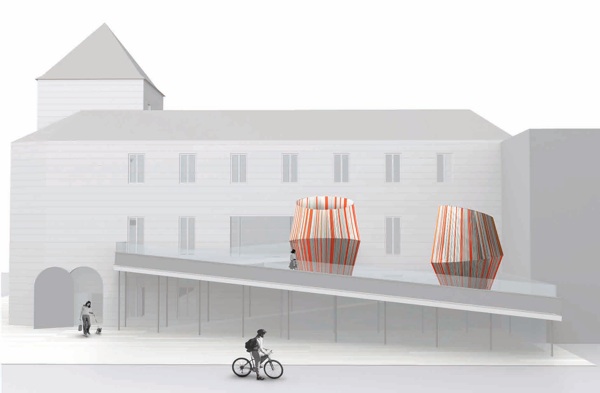 During the current summer of 2010, the entrance ramp to the Centro de Arte Santa Mónica in Barcelona temporarily houses a set of unusual inhabitable spaces that swim in the limit between private and public, aiming to serve as meeting points or areas in which to rest or read. Far from the harshness and coldness of standard urban furniture, the elements that compose the Niu d’Estiu (Summer Nests) work as urban and architectural parasites; although contrary to their biological homonyms, these increase the vitality of the host organism, be it through the persuasive effect and visual attraction towards the façade of the Art Centre, or through the relationships that are established for visitors and passers-by when they coincide in the inner space of these textile, permeable and semi-transparent gazebos.

Their authors, Ana Mir (Valencia, 1969) y Emili Padrós (Barcelona, 1969), cofounders of the Emiliana Design Studio, believe this urban creation to be ‘a further step in the search for new typologies of objects, connecting spaces and informal and flexible meeting points’. Hence, the common ground in their projects is ‘the creation of spaces and artefacts that with use of holes, cuts and super positions, manage to delimit spaces without shutting them off to the exterior, creating semitransparent surfaces, sifting light and shadows…’ 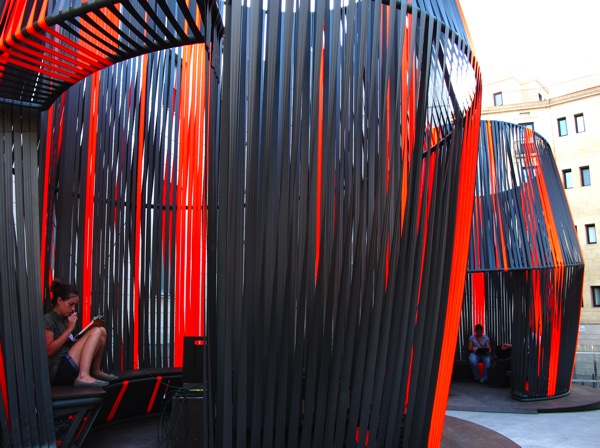 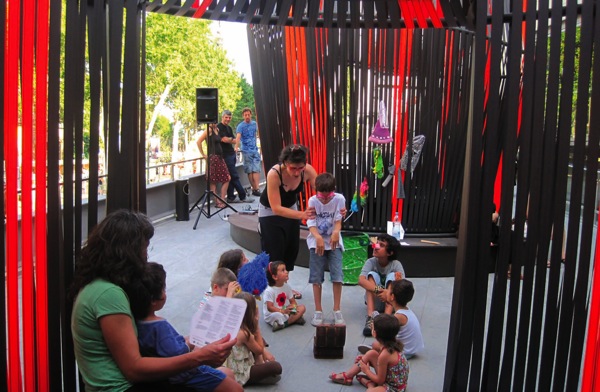