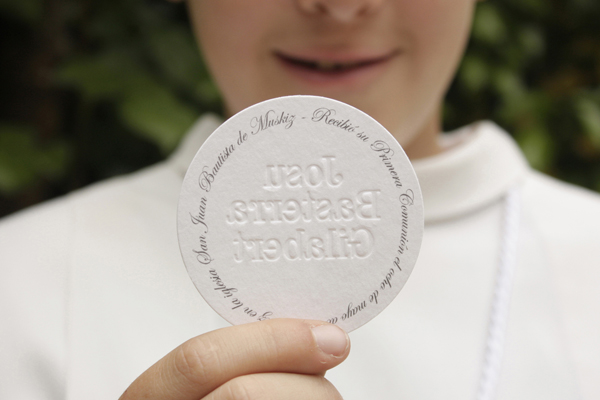 Receiving Holy Communion for the first time is what defines this celebration and consequently, the project graphically recurs to the representation of the Host. The card is in the shape of a Host and is decorated with grey toned friezes on its perimeter very much in the fashion of real hosts. The information recalling the event is at the centre of the card. 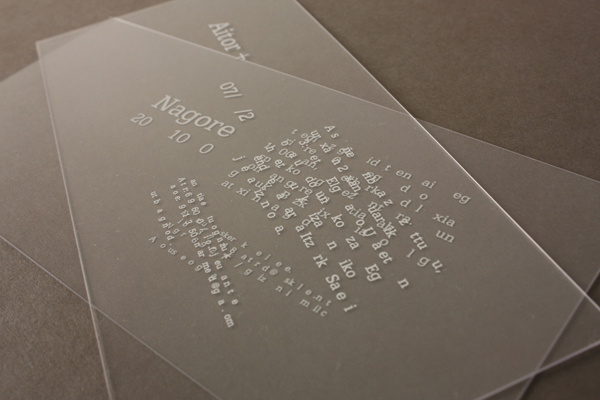 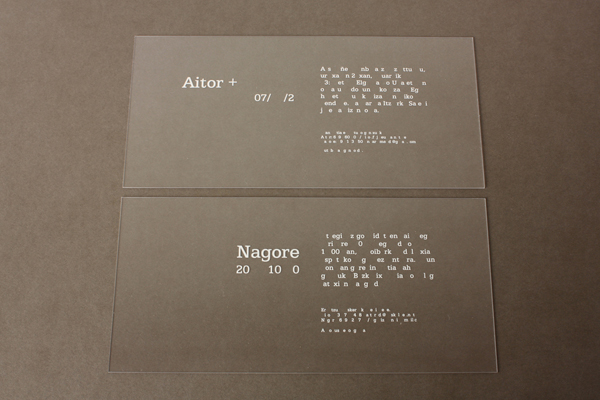 The studio recurs to the Spanish Academy’s standard definition for wedding: ceremony in which two people come together under matrimony. Two transparent acetate cards randomly set out the letters that compose the message of the invitation, and only on superimposing the two cards is any sense made of the text. The concept of marriage or coming together amplifies its symbolic value and is necessary to interpret the invitation. 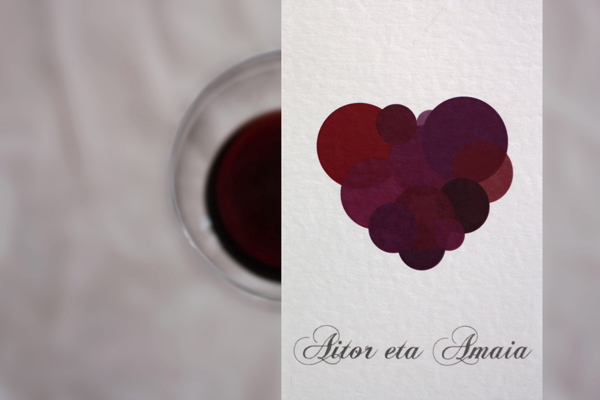 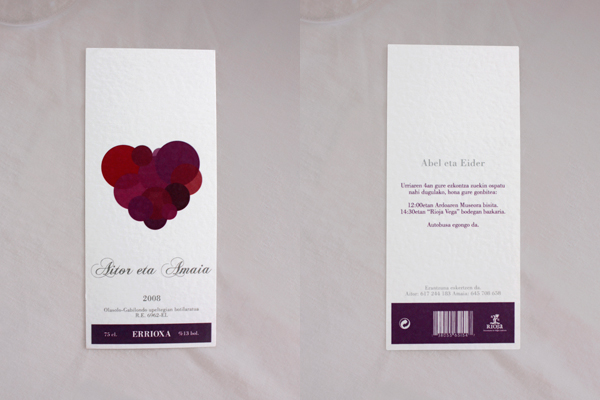 The wedding was celebrated in La Rioja region and included a visit to the Wine Museum. Inevitably, wine plays an important role in the celebrations, the card therefore resembling a wine bottle label with all the corresponding information such as the name of the wine, the cellar that produced it and the vintage facts and figures.