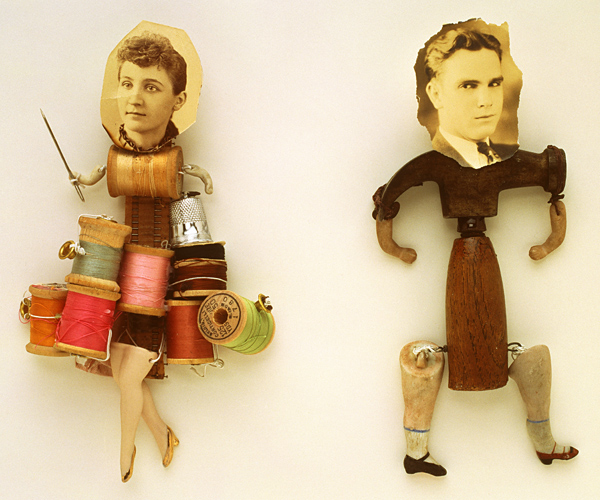 Polly Becker considers herself an illustrator even though her work springs from the emotional and semantic charge of the found object, old photography and its precise composition. Her assemblages have illustrated articles in Rolling Stone, Harpers, The New York Times and others.

Assemblage for an article on work-related stereotypes, Polly Becker, 2001.

Akin to a living organism, the pieces by Californian illustrator Polly Becker reveal forces of nature like the passage of time or gravity, effects that are both unpredictable and inevitable at the same time. The finite nature of the elements that make up her illustrations and their layout, meticulously defying gravity, fill the compositions’ narrative with believability and realism. The assemblages are conceived out of a deep respect for the original context of each piece comprising these three-dimensional illustrations. Collected and gathered one by one as if for the artist’s personal treasure, the photographs and objects each have their own story. Bringing them together produces a new and deliberate discourse. . 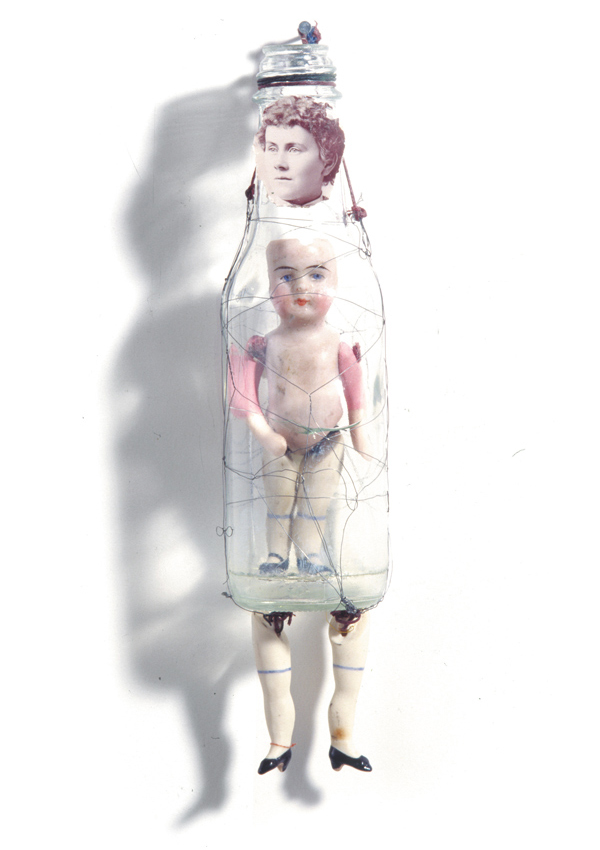 Removed from the literal connection that originates most editorial illustration, the designer sees her work not as mere visual accompaniment, but rather as a communicative element in and of itself. During the conceptual and pre-production phase, she draws sketches with countless annotations about the “ingredients” and their arrangement. Borne from the ingenuousness of the toy world, these sculptural illustrations provide a reflection and social reactant to reality and American stereotypes. The nostalgia of early photography and the evocation of the past of the pieces in these sculptural collages paradoxically serve as an atemporal illustration of our day and age. 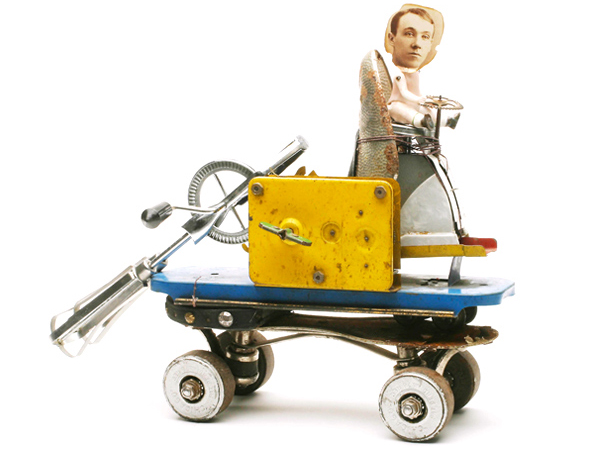 Piece made for an annual kinetic sculpture contest in Seattle, Polly Becker, 2005. 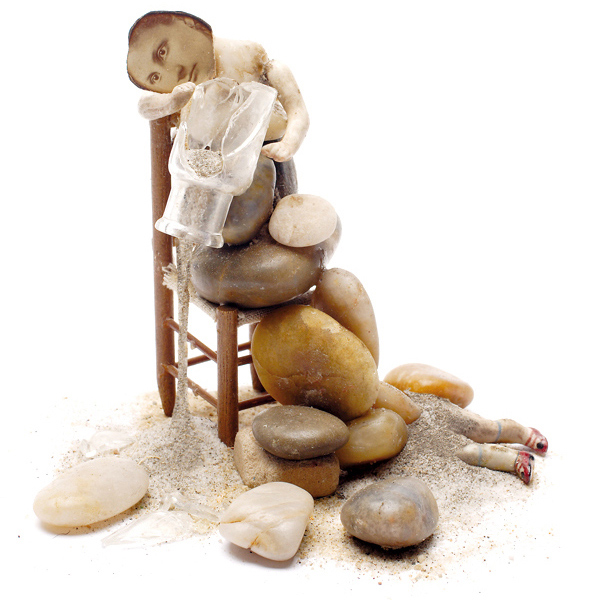 Commission by Johns Hopkins University for a series on the seven deadly sins, Polly Becker, 2005


Article published in Experimenta 63 with the title Found illustration. 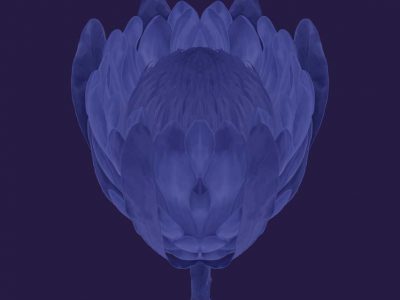 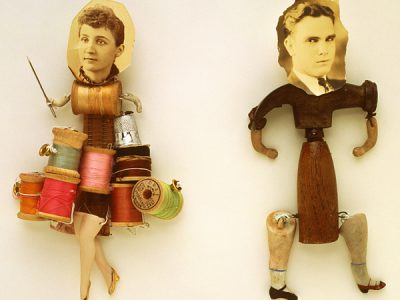 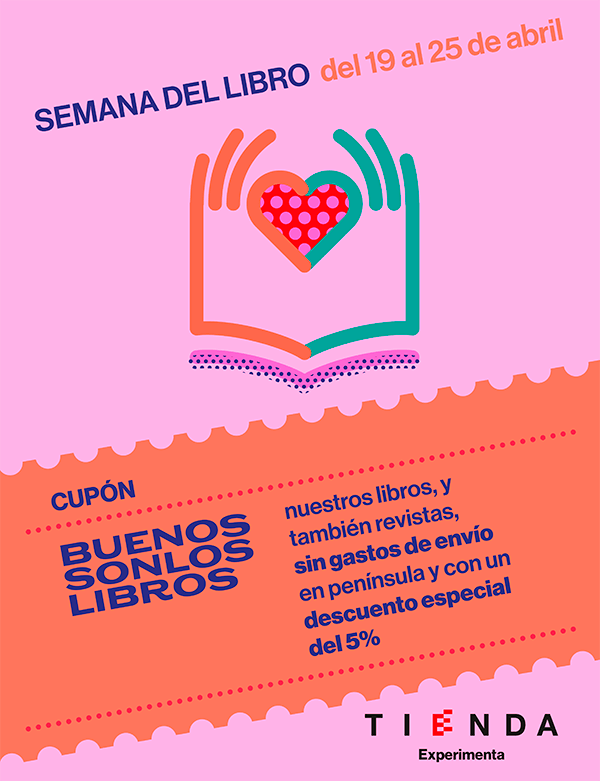