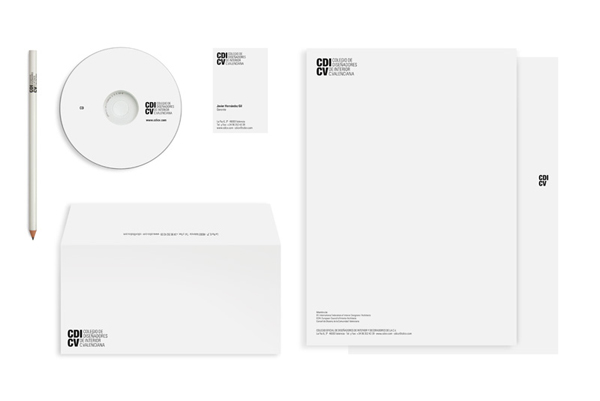 Being a designer in Spain in the early seventies required a nerve which only those capable of renouncing work stability or social recognition and willing to live in poverty had. Trying it out in Valencia was a bold move, one that only a few fools, among them Nacho Lavernia, were ready to make.

After having been trained in the discipline of design, back among his friends he became an essential component in the design forums of the day, his opinions adding logic and value to an activity that was marginal at the time. The industrial design group Caps i Mans became the first door through which to exit Utopia, and Nacho, one of its most important members. Designs such as «el Montar», created for Feber, bear witness to a time in which modern civilisation began finding answers in certain Valencian entrepreneurs.

In the early eighties Milan hosted the ICSID Congress, setting the stage for old and new design discourses, Bauhaus theories and Scandinavian realities that vied for attention with the highly innovative merry-go-round of Postmodernism, the Triennale house and the delicious panini out in the streets. Back from that event, in the French Midi, after having left behind the beaches of the Côte d’Azur, Lavernia took a major decision: he would open up a large studio in an industrial building, an ecosystem in which a group of friends could be happy while striving to become real designers and trying to rise above mediocrity. La Nave (the warehouse) was a great experience, and one that came at the right time.

Spain was starting to see the light after a dark period and a new political system with a government headed by young people was beginning to redefine the country, presenting the ideal opportunity to show that there were things that not only needed to be said, but wanted to be said. The years of fear and despotism had come to an end and Spain desperately needed to catch up with the rest of the world. In this climate we joined forces and enjoyed working hard, designing symbols, signs, spaces, brands, books, heaters, fountains, benches, lamps, toys, exhibitions… we became advisers, consultants and friends to all those who placed their trust in us and we learned and showed others that design is a serious discipline. As the eighties drew to a close and new designs looked to make their debut in the new decade, La Nave shut its doors without unnecessary fuss and with the affection and gratitude of all those who had been involved in the project. 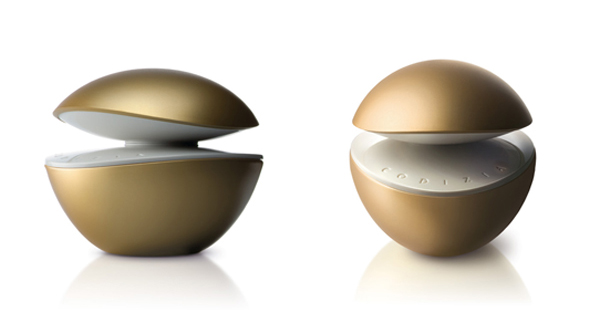 New alliances, new hopes, new corporate images, brands, books, signs… Estudio Lavernia was established in 1995, signalling the beginning of Nacho’s individual adventure, 25 years after his initial training, with him still very much a designer, and one of the best at that. The hostile conditions of our society had not robbed him of his illusions; and the knowledge accrued, together with the experience acquired, put him in an excellent position to take on this project. The new studio centred its activity on all variants of industrial and graphic design. In the year 2000, Alberto Cienfuegos, who had collaborated with the studio from its inception, became a partner.

I met Alberto when he was my student, and Nacho’s, at the CEU. The truth be told, I didn’t get to know him well at all, since he combined his studies with his job as a graphic artist, so that I scarcely got to see him in class. I had asked my students to design an object for the kitchen, and the first few days I saw Alberto hanging around, but then he disappeared and I didn’t see him again until the day set for the presentation of the projects. To my surprise, this evasive student brought a mock-up of an irreproachable kitchen scale. A work which, in the first place, told a story that time has proven correct –that he was a demanding, rigorous, sensitive designer with an unusual command of form– and, in the second place, enabled me to settle the academic question with an outstanding grade. What else could I possibly do?

The tandem formed by Lavernia-Cienfuegos is a powerful and sensitive partnership, one that is capable of dealing with the most wretched projects and masterfully solving them or surprising us with an extremely sensitive and notoriously personal formal discourse. Forms worked over and over again, researched, broken down into curves, developed in one design after another have created a personal vocabulary which was already hinted at in the Agua de Valencia bottle and seen openly in the latest pieces designed for Sanico. Now, in the Tina bathtub, these forms have become much more complex, creating a discourse in which a false skin plunges into the interior of the tub, suctioned by the vertigo of the void, all fashioned in immaculate white as if it was a plaster model in a dreamed up art class. 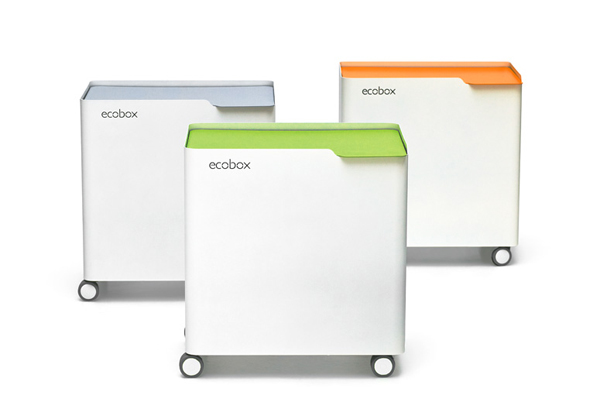 The studio’s capacity to adapt to a commission and provide custom-designed services without renouncing quality in the result is significant. Its two recent editorial designs, the magazine Papel Elefante nº 3, winner of the New York Type Directors Club award, and the dossier for Madrid’s Candidature to the 2012 Olympic Games bear witness to this. The magazine is the result of the masterful and magical management of graphic space, the deconstruction of a grid of columns and the irruption on the graphic scene of black masses that interact with the white formats, which on a first reading act as the only elements of communication, synthesising to the full the visual discourse. The design of the Madrid 2012 Candidature Dossier was awarded to Estudio Lavernia-Cienfuegos in a restricted competition held last March. A team formed by over 100 persons worked on it over a seven-month period; they designed and laid out the three volumes that make up the dossier in its English, French and Spanish versions; they chose the typographic repertoire, the images, the style of the illustrations… The impeccable making of a work as complex as this was solved with the same graphic quality and originality that is a feature of the Color Elefante magazine, a project born out of friendship and selfless collaboration.

Estudio Lavernia-Cienfuegos provides comprehensive design services, taking on full responsibility for consultancy, product design, image and communication within a business project. This kind of studio, capable of offering a «complete package», is not common in Spain, albeit representing a clear advantage for SMEs: a global commission puts an end to the disintegration of concepts and lends coherence and uniformity to the visualisation of the business project. In addition, it generates a relationship of commitment and intimacy between the entrepreneur and the designer that centres on the project and tends to lead to improved results. This way of providing design services has enabled the studio to develop well-known, successful projects such as Babé, RNB, Sanico, Auta, Agua de Valencia… a few samples of commissions in which the Lavernia-Cienfuegos commitment to business design has been global and the results evident.
Graphics, products, packaging, corporate identity, magazines, trade-fair stands, signs… Design: «the concrete realisation of a concept in order to achieve an objective through the optimisation of that which is available», or at least that is how I understand it and how I believe Lavernia-Cienfuegos do so, too. 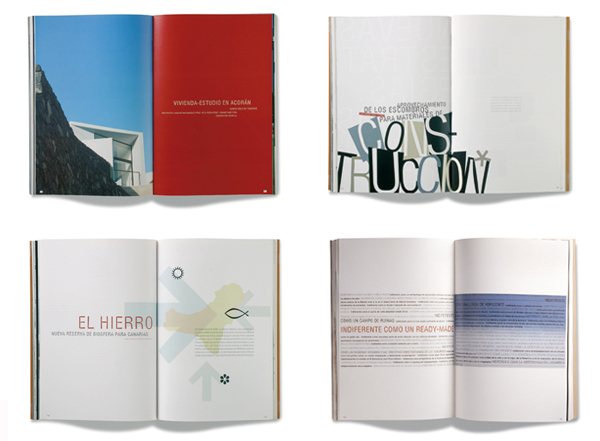 Base magazine, put out by the College of Architects of the Canary Islands, 2001-2003.

Years ago, when the market was still divided into graphic artists and designers and Nacho and I worked together, we were reproached for solving projects on paper and steel without distinction. To substantiate their condemnation, our critics would turn to specialisation, tradition, technological know-how and other arguments that vanished into thin air as they were wielded by graphic artists and designers alike. Graphic artists questioned our capacity to design objects and designers believed that we would never be able to develop a brand successfully… Technical knowledge is indispensable, yes, but what is truly essential and cannot be waived in the solution of a design problem is criterion and the space needed to develop a project. The design as referent and infrastructure, the design as a meeting point for information, effort and experience, the design as an encounter of singularities and plural authorship.

Estudio Lavernia-Cienfuegos follows this discipline, the discipline of design, of criterion, of the tenacious development of different singularities, and does not limit itself to the nostalgic recreation of the trade. Its work, the work of its designers, complies with the commission and forms part of another project, the business project, without relinquishing the cultural and personal component present in every design.

In times like this, when so many designers aspire to be artists, coming face to face with the professional clarity of Lavernia-Cienfuegos constitutes a highly gratifying example of dignity. Over the past ten years, Lavernia-Cienfuegos, the teacher and student who later became partners, have received all kinds of awards: the Laus, Deltas, Type Directors and Design Plus prize of the German Council have all wanted to applaud their excellent work.