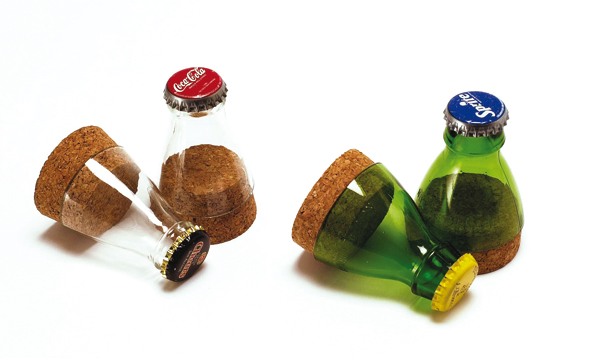 Design careers, in all their specialities, are currently in vogue among young people; this is why design schools are seeing hundreds of students graduate each year. The people in charge of their training, teachers with long experience in the professional world of design, believe in a dynamic and multidisciplinary education that turns the classroom into an idea lab. Motivating, backing and promoting student efforts by way of a demanding preparation, both theoretical and technical, forms part of the training needed to position young designers in an increasingly complex and demanding market.

Sustainable Everyday, City Life Scenarios is the title of the exhibition organised by Ezio Manzini and François Jegou at the Milan Triennial, which opened its doors in September 2003. The show put before the public an amazing range of bio-architectures and ecological structures that strove to present concrete proposals for city life, i.e. different kinds of urban installations, conceived and created by design school students. The main goal of these design solutions was to mitigate environmental degradation through the generation of a large degree of solidarity and collaboration among large-city dwellers.

The School of Design of the Hong Kong Polytechnic University presented the Solar Launderette; a laundry centre-cum-tea room conceived and built on the terrace roof of a skyscraper to offer residents a drying, ironing and home-delivery service. The design suppresses the need for individual washing machines in each apartment, making it possible to use the space normally given to these appliances for other purposes, and promotes the hanging of the washing on rooftop lines, turning the act of laundering into an opportunity to meet. In addition, the need to drive a car is done away with, its place taken by a lift ride to the top floor.

The School of the Art Institute of Chicago presented Cityosis (City-Symbiosis), a system designed to optimise the use of downtown premises occupied by offices and entertainment venues through the application of hotel criteria: during working hours, these premises are used by steady clients, who pay a higher rental fee, but outside these hours, rather than letting them remain vacant, they are leased to different associations at prices that vary according to time zones.

The Department of Strategic Design and Products at UIAH, the University of Art and Design in Helsinki, presented its Toolbox project. With the backing of the municipal government, the UIAH offers its premises, workshops, tools and equipment to University district residents. Art and design professionals, as well as students and researchers, register voluntarily as monitors and instructors; in parallel, a users club is established, whose members contact UIAH through Internet or mobile phone to book tools, premises and monitors’ time. District residents can thus make full use of the workshops and know-how available outside teaching hours, turning the school into a place of work and centre for collective maintenance.

These are only three of the 72 proposals displayed at the exhibition, the result of an investigation coordinated by the Milan Polytechnic (professor Ezio Manzini) in collaboration with fifteen school-workshops from ten different countries (China, Korea, Japan, Canada, the United States, Brazil, India, France, Finland and Italy). In an age in which overproduction and the degradation of the environment give the appearance of being increasingly out of control, students are asked to design services and installations capable of cutting back on the consumption of goods and promoting optimal use of existing human and material resources, shifting the creativity of these youngsters from the design of objects to the design of services. The intensive and collective use of certain products, such as dishwashers, venues, tools or know-how, becomes the ‘object’ on which “beauty” must be bestowed. The beauty which we are responsible for disseminating is no longer found in the shape of a product, but in the design of its scenarios; i.e. in the shape adopted by the different possibilities of coexistence which that product, within the context of a specific use, is capable of generating, provided that, as a result of this, considerable savings in resources are obtained. 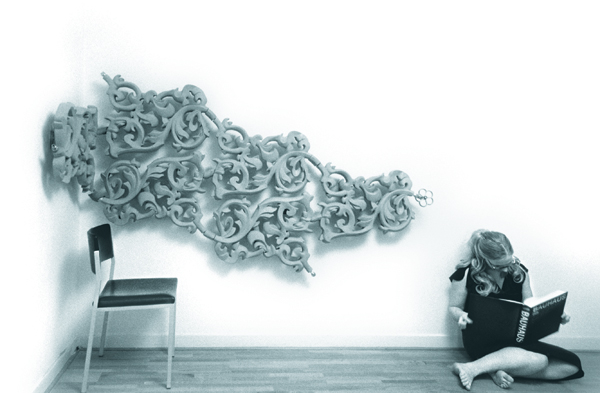 My recommendation is that in our schools, in addition to giving the traditional product design courses, we include a scenario design course in which master plans and products that are coherent with these scenarios are jointly created, and where the unresolved issue of goods as services is raised. In its issue number 868, Domus published news of a radiator that is revolutionary in concept, technique and form, a few units of which are currently being self-produced by its designer, Joris Laarman. The Heatwave radiator was the graduation piece with which Laarman graduated cum laude at Design Academy Eindhoven. The Bojimans van Beuningen Museum in Rotterdam and the Kunstpaviljonen in Groningen have incorporated it into their permanent collections, and Droog design is engineering the prototype with a view to launching it in the market before the end of the year.

I suggest that marketing professors enrich their courses with a seminar on the world of art as a useful and alternative process to produce design pieces.

Normally, a design appears on the market through the commission of a company or, less frequently, through the unwavering determination of its designer, many a time after a humiliating and tiring wait. In this case it has been the artistic circle − first the academy, then the museum and, finally, the design studio, Droog design (which, incidentally, was established by art gallery owner Renny Remarkers), which has given green light to the mass production of an innovative radiator signed by a newly graduated designer. The time is right for design to stop contenting itself with living in the world of technology and, in simultaneous and parallel fashion, to learn to occupy its place in the world of art. If, as a result of Duchamp’s bicycle wheel, the form of an object comes under the jurisdiction of art, and if design can appoint art as one of its experimental laboratories, then design can also search in the world of art for a new way of taking its products to the market; a way that differs radically from the way which Industry has imposed to this day.

I suggest that marketing professors enrich their courses with a seminar on the world of art as a useful and alternative process to produce design pieces. Many of these professors will regard this proposal as an unwarranted provocation. However, I share the views written down in an article published in issue number 193 of Sviluppo e Organizzazione [Development and Organisation] by Bernard Cova, who is neither an artist nor a designer, but a Professor of Marketing at the European School of Management in Paris and a visiting Professor at Bocconi University in Milan. On the subject of the links between marketing and design, Cova holds that “marketing and design no longer maintain a hierarchical relationship, as they did before, when the latter was subject to the truths presented by the science of the former, but an advisor/draftsman type relationship, in which design is responsible for translating the obligatorily fragmented and partial vision of the market and its consumers imposed by marketing.”

Art can give marketing a salutary shiver and help students to enrich their vision; to compare the information which marketing gives about consumers with that generated by art about human beings, who inhabit space and, consequently, are also consumers. We learn that in well-being and overproduction societies, goods, rather than being “found” through market surveys, must be “invented”, in a similar way to what happens in art, and they must give shape to a pattern of consumption that is coherent with latent and emerging needs that still have not found an adequate supply of products. If we do not accept this, we will continue producing that which has already been produced, saturating the well-being society of the rich with an increasing overproduction, and the world of the poor with rubbish, refuse and waste materials that will only add to the waste of their resources instead of mitigating their hunger, regardless of our overproduction. Conjure up, for an instant, a sci-fi scenario in which art, and not the market, determines the value of goods: would we be better or worse off? 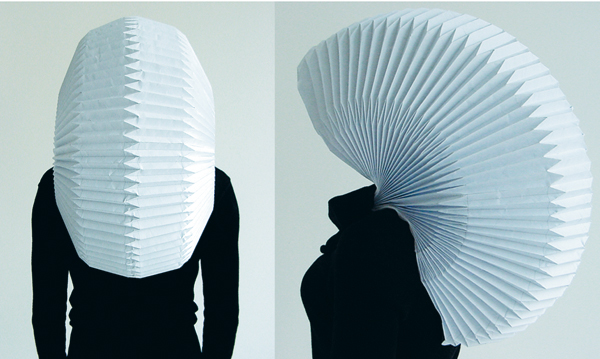 Formula Student  is a London-based magazine created by the Institution of Mechanical Engineers, an institution that organises SAE Formula car races in the United Kingdom. SAE Formula races (which in the United Kingdom are known as Student Formula and in Australia, as Australasia Formula) are organised by the Society of Automotive Engineers and are open exclusively to the universities around the world that design, build and tune cars designed to compete in these races. The objective of the competition is for university students to create and build a racing car as if they were executing a prototype for a car company, with a view to its potential commercialization.

Sixty-four universities from nineteen different countries participated in the race held in Leicester (United Kingdom) on July 7th, 2004. “Firenze Race Team V2” is the group that has been participating on behalf of the School of Engineering in Florence, under the technical direction of Professor Renzo Capitani, director of the Department of Industrial Technology and Mechanics. In SAE Formula races, competition is not restricted to speed, but encompasses a series of static trials − including (1) technical analysis of the design, (2) cost analysis, including a written report, and (3) team presentation of the design solution − and performance tests − including (1) acceleration, (2) skid-pad, (3) autocross along a half-mile stretch of paved road, (4) 15-mile race with pilot changes (stopping in boxes), and (5) fuel consumption during the race.

Students must experiment the reality of production in the flesh, as students, including its most innovative and experimental

The students taking my design course at the Florence ISIA have decided to join the “Firenze Race Team V2” in the capacity of designers. The young engineers that form part of the team still give them smug looks, but I am convinced that they will contribute to the global definition of the project, even if they do not know, as yet, how to calculate a chassis.

Old design school workshops, in the cases where they exist and no matter how well equipped they are, are no longer capable of conferring a dimension of reality upon a project. This is why students must experiment the reality of production in the flesh, as students, including its most innovative and experimental facets, and must live an experience in design, construction and testing that acts as a bridge between institutional education and real production. Students need this to overcome their scepticism and to be convinced that a design solution can change the world in which they live; the industry needs this, for it is no longer capable of designing, i.e. of taking on the risk of inventing; and, finally, schools need this for, with the exception of a few odd cases, they are increasingly closed-in on themselves, discouraged by the incessant struggles for power, prey to an invariable strategy of defence and a way of teaching that always simulates superseded, unreal, mythic, abstract and ideological realities. 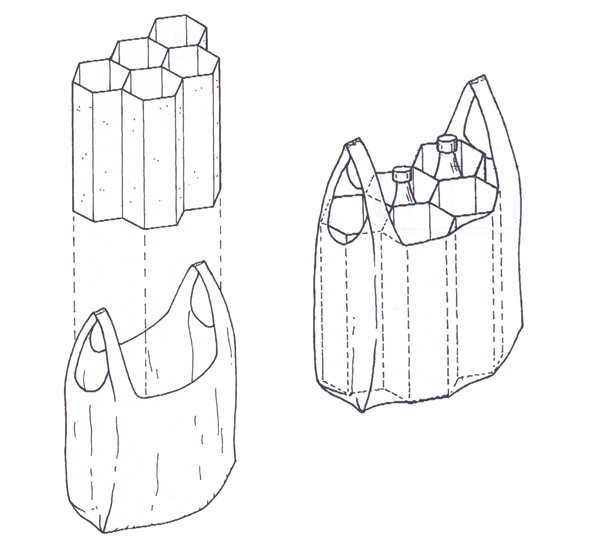 I believe that the updating of a designer’s training should continuously collide and bounce, like a snooker ball, against three sides: the good as a service and the capacity of converting this service into an aesthetic pleasure; the good as a product of the world of art; and the good as an experimental product, designed and built in an autonomous and critical space-bridge, capable of combining, without a productive end in immediate sight, the investigation that is carried out in schools with the research that flourishes, despite everything, in the freer fringes of companies.

Article published in Experimenta 49 as Back to school.