Last year, Zana design the Spanish industrial design studio from Cádiz, developed a promotional campaign for the Instituto de Fomento y Formación (a public institution that promotes training for the local government of the city of Cádiz), in which the beaches of this Spanish province were used as spaces for visual communication and social intervention. 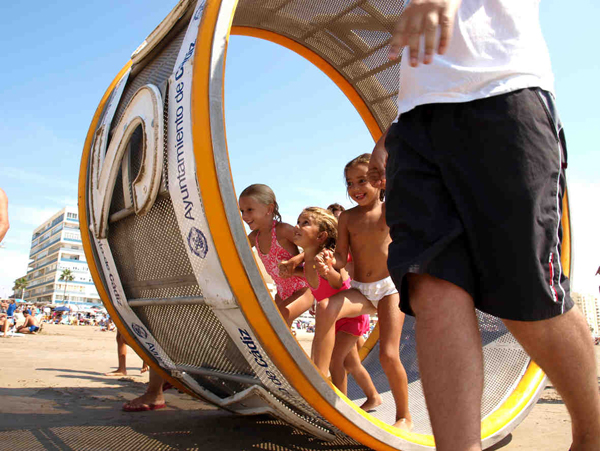 Winner of the third edition of the Ibero-American Design Cádiz 2012 prize, the project is inspired in the traditional printing press but applied to the natural environment. This action, result of the use of the written word, pays tribute to the Law of the Press bill which was passed at the time of the 1812 constitution, a fundamental starting point for critical thinking in the history of Spain. 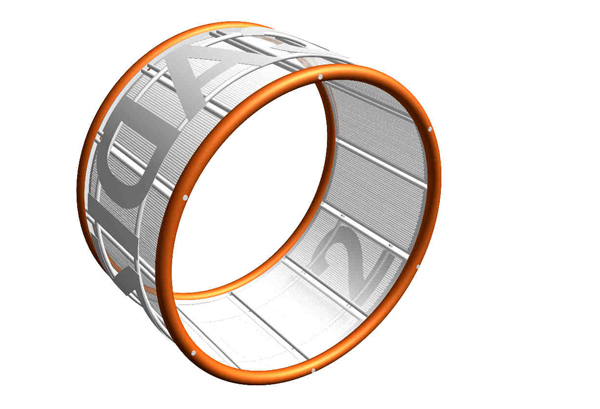 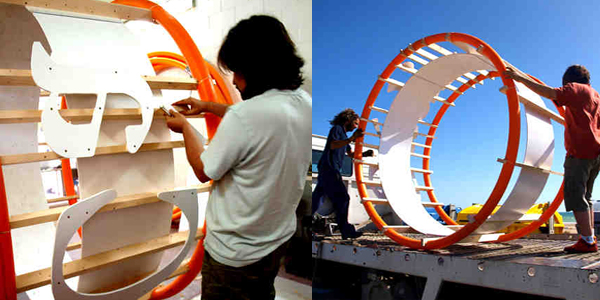 A great wheel that is thrust forward directly by children or adults, engraves written messages on the wet sand of Bajamar as it turns. The printed texts are not permanent and thus avoid visual contamination.

The cylindrical press is made from aluminium and the engraved letters from PVC. This results in an easy to use wheel with a non-skid anti-roll structure that is accessible from the interior and environmentally sound. 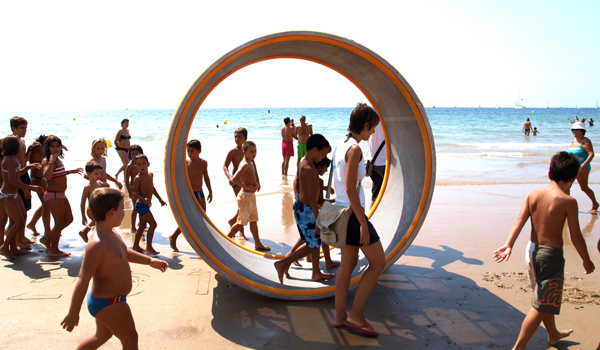 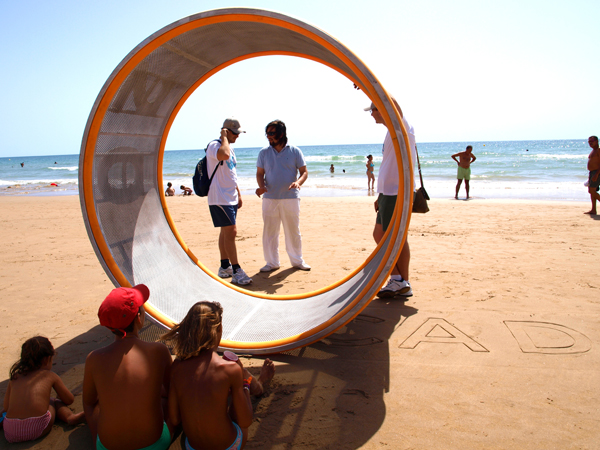 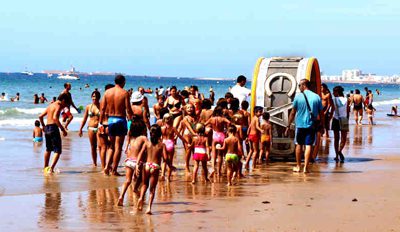