Poet, bookseller, actor, script-writer, creative director, Fernando Beltrán did countless jobs before leaving one of the most cutting-edge, award-winning advertising agencies of the 1980s fifteen years ago to devote himself entirely to putting a name to things. This made him a pioneer in the specialist field of ‘naming’ [known in Spanish as ‘el naming’], which has since become an ingredient in all corporate identity programs and is now an established subject taught in leading schools and colleges of design.


Since then, the skill and imagination of this poet (for he still is one, as demonstrated by his fourteen published collections of poems, and a recent French translation of his complete works) have created nearly three hundred brand names.

Fernando, while I was deciding how to begin this interview and making some preliminary notes, I suddenly realized that I didn’t know what people who give names to things are called?
I’m afraid it’s a case of the cobbler’s children going unshod… You’re right: there is no name for what we do. Plato called people who specialized in naming ‘legislators’, but I’m sure you’ll agree that that sounds rather pretentious.

So what are you, Fernando?
One day I thought about taking on finding a name for this job myself, but serendipity came to my aid just a few days later. My daughter was given one of those questionnaires at school asking about parents’ occupation, and in the relevant box she wrote “Poeta y Nombrador” [“Poet and Namer”]. I thought that the most beautiful possible definition, but also the one with the greatest inbuilt demands.

Are poetry and creating brands compatible?
Poetry and creating names, certainly. And they have much more in common than you might think. For example, both worlds share a profound, extreme process of synthesis, conceptual specificity, trying to say more in as economical a way as possible. Then, too, the poet is a creator of images, and the other aspect of my job, putting names to things, could also ultimately be defined as verbal and visual imagery. But the difference, and it is an essential one, lies in the objective: in the poetry that I write, I am trying to put a name to my truth; in the names that I create, I am trying to put a name only to other people’s truth – their projects, their ideas, their dreams, their thoughts….
I notice that you say poetry and creating names….perhaps intentionally correcting my question

Names and brands….aren’t they the same thing?
Not at all. A name is a word or group of words that attempts to identify something that hitherto has had no known identity, or has been designated differently. A brand is quite the opposite: it’s a signal, a visual attention-seeker, already created with the clear intention of communicating certain values and of serving as a differentiator from other activities or objects in the same sector or category. In less romantic terms, it could be said that today a brand implies commercial interests or objectives to which a name does not always aspire.

So, do you create brands or names?
Creating identities and, I’d say more, creating entities – that’s our territory. Taking the first step towards endowing something with entity. Making it suddenly exist so that it can be named, come into the world, be real. From that point on, the road that each name takes is long, complex, variable, exciting, unique. And of course we work very differently depending on our clients’ objectives. Clients looking for a strong brand for their company or products will get the name that they want, but for it eventually to become a brand that lives up to their expectations will depend solely on them. A mistake at that stage would take years and cost millions to correct; getting it right, on the other hand, would be definitive, and AMENA* is the best example. A straightforward name that encapsulated all the values and attributes within it and became a brand-name that marked a whole era.[*AMENA is a mobile phone company. The Spanish word ‘amena’ (adj. f) means ‘nice, pleasant, enjoyable’]

And talking of names or brands that make it, from your own experience which do you think is easier: creating a good name or creating a good brand?
Creating a name is singular work. Singular in all senses of the word. Silent, conceptual, primary, naked, black and white work, working with letters on paper, with no colors, shapes, dressing-up, no other aids at all. A brand-name, on the other hand, is the product of plural work, far more complex, which eventually endows the named subject with a unique personality. To answer your question – and I hope my designer friends will forgive me – I believe that it has always been much harder to get it right with something simple than with something complicated. Complication at least offers the possibility of hiding, or at least distracting from, possible deficiencies among colors, shapes and icons.

You use the term ‘creator of entities’. Does this make namers modern-day living demi-gods?
The living demi-gods are the entrepreneurs who can think up and create a new product or a new company ; they are they only living demi-gods in this story – the customers who come through our door with their ideas, their enthusiasm, doubts and fears tucked under their arms. They are the ones who have created something out of nothing, and we are the lucky people to whom they give the opportunity to travel alongside them during the most romantic, beautiful, most difficult stage of the process. The most fragile stage, too, of course. In that sense, we are like mid-wives, because we don’t just name: we also very often bring the conceptual fulfillment of an idea, company or product into being.

Does this mean that you create a company, and not just name it?
I realize that this might sound like an overstatement, but it happens more often than you can imagine. The naming stage – when the namer subjects his clients to a third degree interrogation about concept and definition – often also becomes the stage when the company or project itself takes on structure and order. Once that process has been achieved, the name will come of its own accord, and will often even be uttered by the client himself. For me, that is supremely satisfying. Mind you, for that moment to be achieved, there has to have been absolute communion with the client beforehand or, to express it another way – and bluntly – absolute confidence so that he is still keen to pay you, and pay you gladly, despite having come up with the name himself. After all, you still have to pay the mid-wife, even though the child is yours, don’t you?

Talking of the basics, Fernando by what does a namer earn his living?
I could answer you in two very different ways. The most poetic and vocational would be to claim that he lives by his sensitivity, which he uses to bring together what a client needs with a certain notion of euphony, semantics, seduction, aesthetics, marketing and sociology. The second way would be to tell you that we make our living just like everybody else: waiting for the phone to ring and for the next person to entrust us with an idea, a project, a company, a picture, a boat or a song. It’s not just from yoghurts, financial products and telephone communications company that ‘namers’ make a living.

Fernando, I’m not a customer facing you across your desk, so you can speak frankly: is a name really that important?
Projects on which millions of euros are at stake and which can be named Retevisión Móvil or Amena; Parque Biológico de Madrid or Faunia; Publitrade or Engloba are examples that speak for themselves. They conjure up two different worlds. But setting specific cases aside, a name is all-important because it is, among other things, the beginning. Without it, there is nothing. Yet with it, realities, perceptions, and readings are very different from those that another name would engender. As Maynard’s famous saying, now a classic, reminds us: “It may be true that a rose by any other name would smell the same, but would it sell the same…?. My response is a categorical ‘No’. It might sell a lot less, or perhaps a lot more, but it would definitely sell differently, and in other circumstances, and for other reasons, but never the same.

Roses, perfumes, the eternal feminine….and feminine names. Fernando, how long is this fashion going to last?
It’s true. Mea culpa. Amena marked the start of something enormous: what became an over-used trend that is still out there, though it has now reached saturation point and is on the wane. You asked how long it would last? Until clients are brave enough to start choosing from among the options we present them with; names that are a difficult choice at first because they are not in tune with the current wave. That’s the biggest problem. Our ears have now become acclimatized to those kinds of names and they sound better to all of us. But it is only a fashion.

Namer and graphic designer: are these two opposite worlds or two complementary worlds?
The namer names, the designer de-sign-ates. So they’re two sides of the same coin. Designating, calling things by their name, by their color, their spelling, their shape. Verbal Identity plus Visual Identity are the two legs which provide the whole known as Corporate Identity with the ability to walk. So both are indispensable. I certainly can’t conceive of my work without the subsequent or parallel intervention of a graphic designer who will successfully endow the created name with aesthetic personality, visual positioning and global added value. And on top of that, even if we are just talking about purely verbal identity, color and shape are very often the stand-in identifiers when someone can’t call the name of a product to mind. They’ll say…Yes, you know, that red one, or the one with such and such a picture, or in a round box, or whatever… So both are always designators although their languages are very different, which is what makes specialization so necessary.

And to close, a toast to the future of El Nombre de la Cosas. Which are your favorites among the names you have created?
In the professional field, unquestionably AMENA. It started a trend in the world of denomination that has yet to be bettered, and it changed my life. In the personal field, LLOVIEDO – a combination of yo [me], lluvia [rain] and Oviedo [capital of Asturias], three linked concepts which sum up my childhood, my base, my legendary territory. Both my name and my brand at the same time. And while we’re on the subject, let’s talk a little about you before we finish. How do you sign your articles? Why don’t you try out a different name some time, dropping the first syllable of your surname for example? 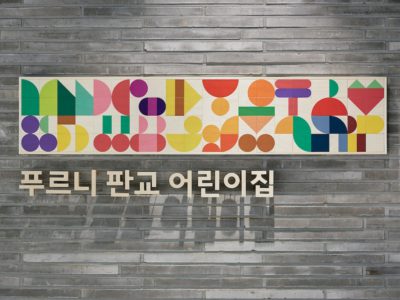 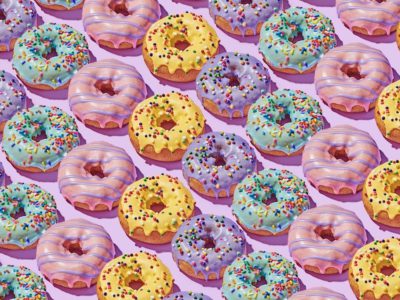 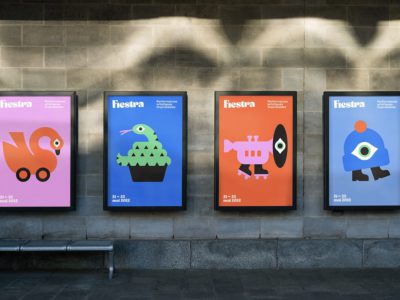 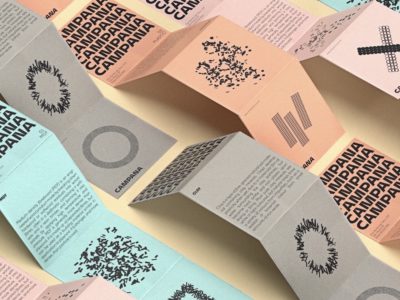 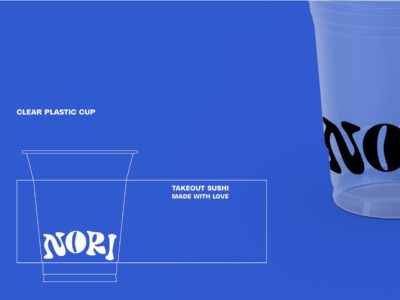 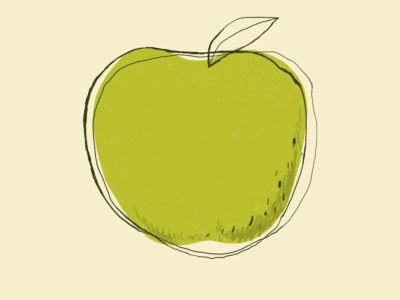