Irma Boom (Netherlands, 1960) is an editorial design activist who, after working for the Dutch Government Printing Office, founded Irma Boom Office in Amsterdam in 1991. Since then she has produced 200 books and has taught classes at Yale University in the US and the Van Eyck Academy in Maastrich. Her most ambitious project to date was the book celebrating the centenary of the Dutch conglomerate SHV, which she worked on for five years with complete freedom. In 2007 she received the gold medal at the Leipzig Fair for the Most Beautiful Book in the World for Sheila Hicks: Weaving as a Metaphor. In the spring of 2009, MoMA (Museum of Modern Art) will honour her work with an exhibition.

You are much more than a graphic designer. How would you define yourself?
If I get involved in a project, the concept is the most important thing, because if the idea or storyline isn’t good then I won’t participate. It is precisely this aspect that makes me a designer, because I’m not an artist, not by a long shot; I’m a graphic designer who is lucky enough to work with truly wonderful organisers. Everything revolves around the development of a good idea; everything else – buying paper, production – are skills that one might or might not have, but the concept is what makes a project succeed or fail.

You develop the concept and are involved throughout the entire process: content, paper, printing…
When a professional accepts the task of designing a book, they’re given several texts and photographs, but I’m not interested in just putting it all together. My interest lies in forming part of the editorial team and that’s why people now come to me with book ideas, without even having a writer, photographer, editor or anyone else on board. All they have is an idea and the desire to be published. It is about collaborating, and although my role is essentially that of a designer, I’m always grateful when I get to participate in all of the other aspects of a project.

Would you say that you’re more of a conceptual designer than a graphic one?
Yes, of course. The most important thing when it comes to approaching a project is that it works as a whole. For example, typography plays a significant role, but in the end the fact that a Helvetica or a Sans Serif was chosen isn’t all that important to me, I’m more concerned with the overall project.

So you believe that a designer should also be involved in content?
Absolutely. They should, because if you’re part of a team, you have a different kind of responsibility. It is very time consuming, but as a creative it gives you a different connection to the project and definitely confers a huge responsibility on the designer. Personally I really appreciate this kind of involvement, because if I’m just designing I get bored. Of course, I also take on simpler assignments, like invitations. I design very quickly, it’s easy for me, but nailing the concept of a book is really my thing. It has taken me a long time, but I’ve felt a great need to dedicate my life to this, because you only live once, I guess, and taking on specific projects is a way of giving my life importance and meaning.

You don’t like briefs. How then do you know what the client needs?
Briefs should exist, because they are a valuable tool in outlining objectives, but they should be approached with reservation and caution, because they normally end up being too conventional. In a way they are useful, because they allow me to state my position clearly like when I worked for the Government Printing Office, in The Hague, where I had to fight against a lot of stupidity and make sure that my opinion was presented very clearly. My philosophy is that I need all of these ingredients and collaborations, because the end product is a shared one, even if I’m creating it.

Are you stubborn when it comes to achieving the project you envision?
Yes, I’m obstinate, but if someone comes along who has a better approach to an idea than I do or who has a better argument then I can be convinced. It isn’t about picking a specific colour, but about what the end product and, of course, the person who gave you the assignment needs.

Do good clients exist?
Definitely, but I call them organisers. I don’t work for them, but with them. This might be a subtle difference, but in the end it’s really important. I respect the organiser, and mutual respect is essential in order to be on the same level and work together. I have to deal directly with the decision-making person, because intermediaries can create misunderstandings; they’re very dangerous.

Should the organiser/client know everything?
Yes, one should never lie, but it isn’t always necessary to tell the whole story either. That way, ten years later you get the chance to share the whole truth like I did with the assignment dedicated to Paul F. van Vlissinger, in which I included a photograph of Madonna without his knowledge. He wouldn’t have let me do something like that, but once it was printed, he loved it.

You can make those kinds of decisions, because you have a lot of self-confidence…
Maybe it’s just that I can’t bear authority or someone telling me they don’t like the yellow and that I should use the red instead. A real equality must exist between me and the organiser, which is why I reject a project if we can’t reach an understanding. Good organisers inspire freedom and confidence, whereas the bad try to take control of the project. Their insecurity breeds insecurity in me.
Exactly the opposite of what happened with the book celebrating the centenary of the Dutch company SHV, a 2,136-page volume that you worked on for five years. The assignment came directly from the company’s president and stated simply: “do something unusual.”

How did you approach a project like that?
When we’re given an assignment without any fixed boundaries, we set them ourselves, because otherwise it doesn’t work. Designers need deadlines, because if there is no closing date, the book will never get published. In this case, we planned (along with the historian Johan Pijnappel, with whom I realised the project) a series of meetings with the directors in order to establish some guidelines and allow them to give us their assessment, an assessment that we, on the other hand, never received. And even though it might seem otherwise, it was really beneficial to the outcome since they ignored what our project consisted of, only Vlissingen knew more details.

We believe that books will never die, but what will happen to magazines?
Magazines are even more vulnerable than books since the intimacy that is created with the object isn’t the same. The fact that magazines are temporary probably means that in the long run they’ll work better on the internet than on paper. As a designer all of these discussions about whether publishing will continue is the best thing that could’ve happened to me, because it allows me to decide whether something is worth publishing or whether putting it online will suffice in order to not waste paper and people’s time.

We’ve grown accustomed to quick communication. How has this influenced editorial design?
For the book Sheila Hicks: Weaving as a Metaphor and particularly for SHV, I used an internet structure. We didn’t follow a linear book design; it jumps from one place to another with all kinds of links. It was influenced by how the internet worked between 1991 and 1996, both in terms of structure and typography. Internet typography isn’t very different from plain text; it’s boring. One also senses the web influence in the treatment of the images with a filter that alludes to the screen.

Now that we can find all kinds of information on the internet, is the book-object the future?
Yes, this kind of book is important in terms of appearance, because of its grandeur, its tactility, its folding…Everything points towards its survival, because the internet and the screen cannot provide these sensory experiences. The three-dimensional quality adds value to the book, which is why I think the piece Sheila Hicks: Weaving as a Metaphor was such a success. It is specific; it is a book for Sheila Hicks, not about Sheila Hicks. Design should reflect the moment, represent the now.

If I manage to publish one good book a year, I'm happy

Something Dutch designers have in common is the use of classic techniques on contemporary projects. Is this the latest form of representation?
Everything has been done. One can only transport others to this very moment, to 2008. It’s about giving something a new twist, because as a designer it is important to take the present into account, particularly as a book designer. Even the idea I proposed for SHV to include a poem on the foredge was something I’d already seen at the Yale University library with a painting. The idea already existed, but I gave it another life, I turned it into an industrial rather than a manufactured piece.

Continuing on the subject of technique, on the book assignment for Paul Fentener van Vlissingen, you used coffee filters as paper. What is the strangest surface you have ever printed on?
It isn’t so much about the surface I printed on, but the material I used in doing so. I once used olive oil, because I was asked to make a brochure for a perfume company and oil is very important in terms of preserving a scent. It was really exciting. I went to an offset printer’s and it didn’t work, it was a disaster, so then I went to a silk-screening studio and there I managed to get it done.

Does this mean that you include trial and error in your working process?
Of course. The same thing happened on the book with holes (the book on landscapes Inside/Outside). They refused to produce it, because they claimed that one couldn’t bind a book with so much air. So I brought them a sample that I had made myself to show them that it was indeed possible.

What are some things you’d still like to do?
One thing that has been following me around for the past 8 years is a book about my own work. The publishers insist that if I consider myself a book designer, I should do it, but I’m not convinced. Neither am I convinced that someone else should be commissioned to do it. However, I have found a solution. It will coincide with the exhibition that MoMA in New York is doing about me next spring. I want to prepare a piece on how to make a book, because that is at the root of everything I do. Sometimes what I do turns out well and sometimes it doesn’t, but if I manage to publish one good book a year, I’m happy. 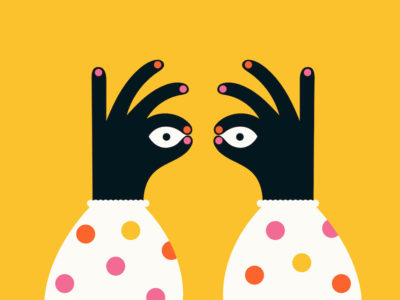 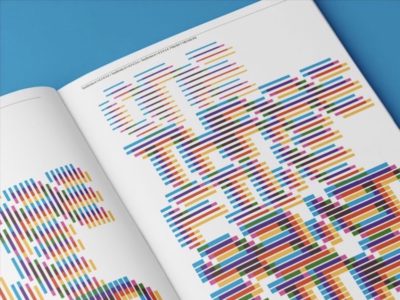 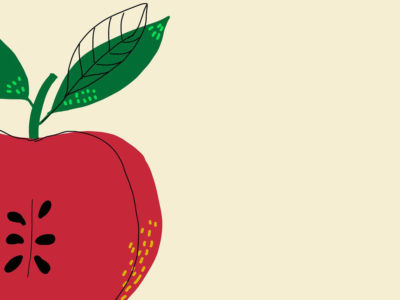 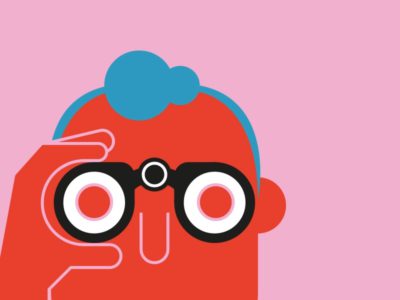 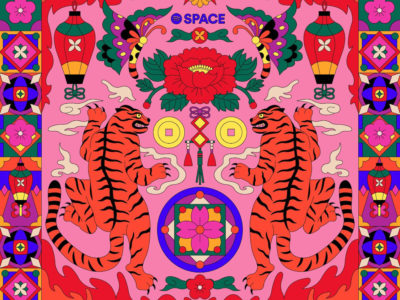 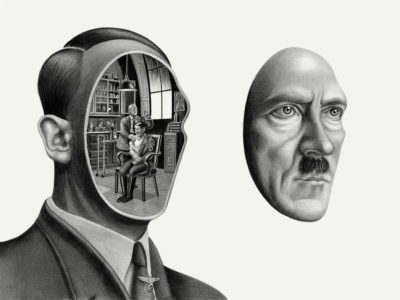